I have yet to publish a novel with my name on the cover.  With nonfiction, I contracted to write a literary cookbook only to have it fall through when the photographer backed out.  But my work has been represented.  I’m the exception to the cliché about it being harder to get an agent than a contract with a publishing house.

Hooking up through conference pitches and query letters, eight agents have offered to represent my work.  I turned down some of those opportunities.  Roll your eyes.  I know.  This is not to brag, but to establish my credibility on the topic of finding an agent.


Here are my suggestions for those of you who are ready to have help in selling your book.

When you pitch yourself and your book to an agent, be sure to target the right one.  Many factors will determine which will be your best advocate.

Be sure they represent your genre.  This doesn’t only mean he likes the genre, although you want your agent to be passionate about your mystery, which may be challenging for one who doesn’t like mysteries.  It means he’s sold them before and will have connections to editors that acquire them.  If you write in more than one genre, as I do, you may be better off getting an agent who is part of an agency that is large enough to represent a variety of genres. 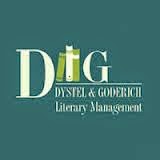 The large Jane Dystel agency represented my cookbook for a year and later a celebrity memoir I was ghostwriting.   If your agent is part of a larger group and is eager to sell your romance novel but doesn’t represent cookbooks, she can pass your cookbook to a partner.

One of my agents, Kathleen Anderson, didn’t have connections for my cookbook but had had tremendous success with mainstream novels like mine.  Because she didn't have a partner to pass my nonfiction to, my cookbook sat stagnant.

Another agent, Lilly Ghahremani, knew about that cookbook and wanted to sell it for me, but Kathleen wanted to represent all my work and believed it would be complicated if one publishing house had to bargain with two different agents on two different projects.  In retrospect, I should have signed a one book contract with each of them so my genres would get equal attention. ﻿﻿
There are other reasons to consider the size of an agency.  Big agencies are sometimes less attentive, their time spread thin, devoted more to their established authors.  On the other hand, big, well-established agencies have reputations that get their clients taken seriously.  The newcomers in that big agency may be the ones that are easier to pitch to and get a response.  They are still growing their clientele.

Consider too, what kind of attention you need.  You’ll likely get more attention from a small, boutique, or individual agent.   That doesn’t mean every smaller agency will want to hold your hand through your divorce—though I’ve heard some agents do that.  It means you may have hour-long conversations about that POV fix you need to tackle or how to use Twitter before your book is even bought.  It may, as it did for me once, mean she’ll actually show up to meet you at your home.  Don’t count on that though, the visit usually happens the other way around.

Ten years ago I would have suggested getting a NY agent.  That is no longer necessary.  Kristen Nelson represents Jamie Ford (Hotel on the Corner of Bitter and Sweet), Hugh Howey (Wool) and other bestsellers.  She’s in Denver.


Check the acknowledgments in successful books in your genre.  Which agents are mentioned?  If a book is very similar to yours, you may want to avoid querying that agent.  They typically don’t want two of their books to compete.


Do your homework at online sites such as Predators and Editors, Query Tracker, and Absolute Write.  Then make your list.


Don’t send out 100s of queries at once.  Send to a few choice agents, wait as long as they suggest on their websites, check in politely once after that, then move on.  If you get individualized feedback, that is not to be discounted.  It took him time to personalize.  He may be interested in your work after a good edit or perhaps willing to look at your next project.  Pay close attention to what he and others have written to you.  If actionable feedback is consistent among them (couldn’t buy into this character, story didn’t seem big enough, the situation was not believable), take it seriously.  But don’t be surprised if the response is generic and unhelpful (just isn’t my thing, can’t imagine who I’d sell this to, great writing but I’ll pass on this).  They are busy people.  Their job isn’t to educate you.  It’s to serve their current clients and snatch up new ones they can sell. 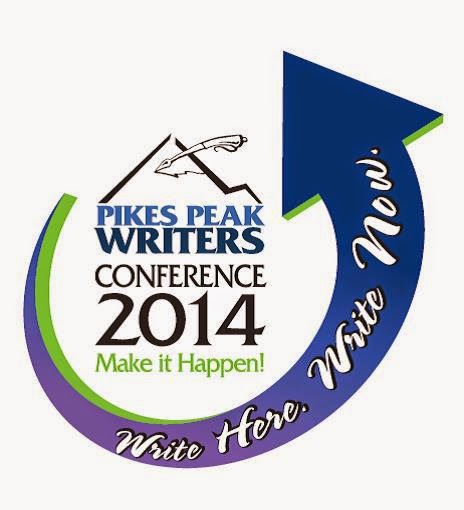 Whether it is 2 or 20 you are querying, never address your email (or snail mail) to Dear Agent.  Always personalize including a first line about why you chose her to query.  “We spoke at the Pikes Peak Writers Conference….”  “I saw you represented one of my favorite books….”  “Because of your success in representing hard science fiction…”  This shows you’ve done your homework, that you aren’t just blanketing the world of agents with a desperate call for help.


Limit your queries to only one agent in an agency.  Imagine the confusion that could ensue if two people in one agency decide to offer representation.  Plus they often do get together to discuss queries.   Donald Maas says his agents sit around a table once a week and go through queries committee style.  If your query pops up twice, it will, at best, seem as if you weren’t targeting a specific agent.  Wait a couple of months, then you can approach another agent within that agency.


Finding an agent who will work for you and your book takes a bit of homework and a lot of common sense.  What would you add to my list of things to consider when choosing a literary agent?

- From the Inkpot
Posted by Sisters of the Quill at 1:00 AM