Shannon Baker's Tainted Mountain is a finalist in the New Mexico/Arizona Book Awards! 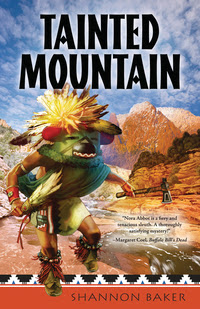 “A thoroughly satisfying mystery! Shannon Baker captures the grandeur and fragility of the western landscape while keeping the pages turning. And Nora Abbot is a fiery and tenacious sleuth whose future career in crime solving will be fun to watch.” — MARGARET COEL, NEW YORK TIMES BESTSELLING AUTHOR OF BUFFALO BILL’S DEAD NOW 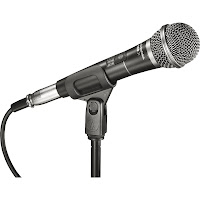 I once mentioned that writers might want to hone their public speaking skills. This comment likely sent waves of horror through many a reclusive writer. Unless you’re a natural orator, politician, teacher, or well-practiced from your “day job,” the thought of speaking in front of a group can create fear and anxiety.

Early in my “day job” career I tackled public speaking, and while I still get hit with dry mouth before an event, my heart no longer palpitates nor do my hands shake.

A number of lessons learned have stayed with me from the Dale Carnegie classes I attended, the primary being practice, practice, practice. This means retreating to the basement or some other silent haven to practice your speech out loud. Over and over again. Trust me, if your speech is important to you, this repeated practice is equally important. The point isn’t to memorize what you’ll be saying, but rather to wrap your lips and tongue around the words and concepts so you feel more at ease, so you know your material and don’t have to “read” your speech, which bores an audience. Oh, and since I mentioned that terrifying audience, remember, they’re on your side. They want you to succeed! They’ve attended your event to be educated and entertained.

You’ll also find that the more often you speak in front of a group the easier it becomes. In fact, back in the dark ages when I had to speak publically at least weekly, I rarely even blinked. Just part of the job. But if you haven’t had the opportunity to orate, and you’re looking forward to book signings, speaking at conferences, and accepting countless writing awards (I hope we’re all looking forward to that!), then you might want to consider a class on public speaking.

Two options are Dale Carnegie and Toastmasters, though there are many other choices. One of Dale Carnegie’s mottos is “Act enthusiastic and you’ll be enthusiastic,” and there’s a great deal of truth to that in many aspects of life, including public speaking. If we combine that with the Scout’s motto of “Be prepared,” now might just be the time to de-gloss that glossophobia!

Ahem... Is that an adjustable mike?