Sparkle Abbey tagged me in this Writing Process Blog Tour. I was well into my second G&T and thought it would be a good idea. Often times, when I make decisions in that state of mind, it’s a disaster. But this time, it turned out to be fun. 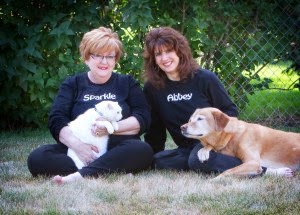 When I met Mary Lee and Anita we were getting our first Starbucks of the morning at the Mayhem in the Midlands conference in Omaha way back in 2010. I love their humor and friendliness and look forward to seeing them at least a couple of times a year.

Sparkle Abbey writes the hysterically funny and cleverly titled Pampered Pets mystery series. Yip/Tuck, Get Fluffy, Kitty Kitty Bang Bang, and Desperate Housedogs. It is a dynamic duo of Mary Lee Woods and Anita Carter. They’re friends and neighbors in Iowa and can often be found writing at Mary Lee’s dining room table or at their local Starbucks. They chose to use Sparkle Abbey as their pen name on this series because they liked the idea of combining the names of their two rescue pets—Sparkle is Mary Lee’s cat and Abbey is Anita’s dog.

Check out their answers to the Writing Process here http://www.sparkleabbey.com/category/blog/

My answers to the Writing Process Blog Tour:

What do you write?

The Nora Abbott Mystery Series from Midnight Ink is a fast-paced mix of Hopi spirituality, environmental issues and murder. All the books are set in western landscapes: Flagstaff, AZ, Boulder, CO, and next, Moab, UT.

How does your work differ from others of its genre?

These books mix hard science and environmental truths with the woo-woo of an ancient culture. Tainted Mountain (2013) deals with the real-life issue of man-made snow on a ski mountain in Arizona. The enviros hate that, the business people are gung-ho, and the tribes, including Hopi, feel it’s sacrilegious.
Broken Trust, just released, plays with energy and Tesla technology and crazy (or not so crazy) conspiracy theories about weather as a weapon of mass destruction. Believe it or not, a Hopi kachina has a thing or two to say about this.
Tattered Legacy (next year’s addition) adds another layer of Hopi culture as Nora defends one of the most iconic landscapes in the west. What do Mormons, aliens and monsoon rains have to do with murder?

How does your writing process work?

My process is not for the weak. I start with lots of excitement, thrilled with a new idea and the cool facts I learn in research. It goes from there to painful thinking and plotting on an Excel spreadsheet. Lots of cursing and lamenting about how I’m not smart enough accompany this stage. I move on to galloping though a first draft without stopping, editing, rewriting. I do this, because as I write, I realize what I’d planned isn’t logical, isn’t as good as a new idea, isn’t what the characters foist on me, or any number of reasons. I make notes about what needs to change and charge forward. I’ve learned not to go back and fix it because it might change again before I’m done.
After the first draft is finished, the real work begins. Rewriting, sweeping up, polishing, adding clarity. All that stuff takes a few drafts to get through. Then off to a free-lance editor, a couple of weeks of respite, then panic at the changes she thinks are necessary.
Now that I put this down, I’m wondering what the hell I’m thinking? This is a lot of work! I ought to quit, read more novels, and eat more chocolate.

What are you working on now?

With book three turned in and winding its way toward publication, I’ve turned my thoughts to a new series set in rural Nebraska. I’m still in the lust stage for this, so don’t want to say too much. Right now, I’m giddy with writing the first draft. Soon enough the honeymoon will end.

I’m passing this tour off to J.A. Kazimer and Donnell Bell. I picked two people because I’m an over achiever. Or, because I’m insecure and asked a couple of people, sure they’d turn me down.

Julie is one of the funniest people I know. She’s also one of the most generous, kind and snarky. (Those are not mutually exclusive.) 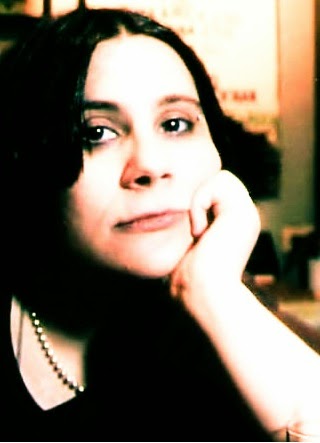 J.A. (Julie) Kazimer lives in Denver, CO. Novels include CURSES! A F***ed-Up Fairy Tale, Holy Socks & Dirtier Demons, Dope Sick: A Love Story, FROGGY STYLE and The Assassin’s Heart, as well as the forthcoming mystery series, Deadly Ever After from Kensington Books. J.A. spent years spilling drinks as a bartender and then stalked people while working as a private investigator.
Learn more at www.jakazimer.com or on her writerly talk blog More Than a Little F***ed Up. She can also be found (way too much of the time) on Twitter as@jakazimer and on Facebook as Julie Kazimer.
Something you may not know about Julie: One of her coworkers has eight legs and a whole lot of body hair.

Donnell Bell is perpetually cheerful. Her smiling face and easy laugh light up any room. 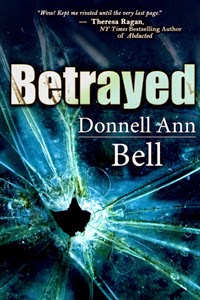 Donnell Ann Bell is as at home in nonfiction as she is in fiction. She has worked for a weekly business publication and a monthly parenting magazine but prefers her fictional writing compared to writing about stock portfolios or treating diaper rash. She has a background in court reporting, has worked with kids and engineers, and has volunteered for law enforcement and other organizations. Raised in New Mexico’s Land of Enchantment, Donnell has called the state of Colorado home for the past twenty-eight years.
She writes thrillers and mysteries for Bell Bridge Books. Her titles include The Betrayed, Deadly Recall, and The Past Came Hunting.
Here’s something I just found out about Donnell from seeing her picture on her website, http://www.donnellannbell.com/: Donnell has a bull dog.

Posted by Shannon Baker at 2:00 AM