Things to Look For in a Contract

A few months ago a publishing contract for a nonfiction book came rolling out of my printer.  I held a 9-page affirmation of my project’s worth.  But I knew I had to seriously consider the terms before signing.

Studying the publisher’s boilerplate contract, my agent first negotiated down the number of required pages and allowed for more free copies for me, her, and my photographer.  She limited the type of book we’d need to bring to the publisher as first option and shortened the number of days they'd have to make their decision.  She changed the royalties from 10% of net receipts to 10% up to 5,000 copies and 12 1/2 % up to 10,000 and 15% after 10,000 copies sold.  She bought me two extra months to finish and turn in the book as well as a couple of extra days to correct the galley proofs.  She doubled the amount I’d be paid to revise or update the book.  She asked that I have cover and design input, and she reserved the film, dramatization, and TV rights for the agency.


Then I had a go at it.  I don’t speak legalese; but there were quite a few items in the contract that concerned me.  The index was to be compiled or paid for by me; I’m far from skilled in that area.  We had them nix that clause so they could do that at their expense.  I bargained them down further on the word and photo requirements.  I took back the rights to create (and benefit from) apps or enhanced eBooks and to blog about the topic.   I raised the percentage on eBook sales from 5% to 20% on the first 500 sold and 25% thereafter.  Instead of the photo allowance being paid only after all the work was turned in, I asked for ½ of it to be dispersed on signing.  My acquiring editor didn’t put a fight up on any of these changes. 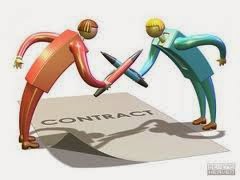 But there was more back and forth about this problematic (and frankly unfair) clause: “Sales of prior editions shall not be cumulative with sales of any revised edition for purposes of calculating royalties.” Given the fact that my percentages were to increase depending on how many copies sold, starting the count over with revised editions would put me back in earnings per book despite it selling well enough to go into those new editions.


I still felt uncertain about verbiage I didn’t understand under Warranties and Indemnity, Accounting, and Reversion of Rights.  By this time my agent seemed tired of the back and forth demands she was placing on this editor whom she worked with on other projects and, no doubt, didn’t want to alienate.  So I took it to transaction attorney extraordinaire, Susan Spann.  For a nominal fee, she took a look at the contract. 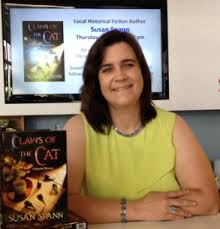 Despite all my efforts to catch items disadvantageous to me, she found even more troublesome clauses, some of them ones she felt were onerous enough to be deal breakers.  I wasn’t sure whether to be angry at the editor, my agent for missing them, or myself for being so naïve not to have noticed them.

Susan didn’t think it was a good thing that the publisher could put ads inside the book without my consent, that they could withhold royalties due on my book for amounts owed on any other works I had with them, that “out-of-print” was tied to sales instead of the more vague “out of print” status, that the publisher could at any time sign its rights and obligations to another entity, that the publisher would have the right to use excerpts, up to 15, pages, from my book in others in their inventory, paying me only $100.


What turned out to be the most important change Susan suggested was that the publisher NOT be allowed to finish the manuscript at my cost if content wasn’t acceptable.  That they would only have the right to cancel the contract.


It was never said formally, but I suspect that change might have been key to my being able to cancel the contract when my photographer backed out after I had already signed.  I canceled without an obligation to pay their costs to move forward with the project.


The lesson?  Have a capable attorney familiar with publishing contracts take a look before you sign.  Thanks Susan Spann!  --- Inkpot
Posted by Sisters of the Quill at 1:30 AM