"Do one thing every day that scares you.”

This is what Eleanor Roosevelt said and I think it’s good advice.  Well, not the EVERY day thing. I only need so much challenge in my life.

I like Eleanor Roosevelt. At least, I like the woman I perceive her to have been since I never met her in real life. She seems strong and capable, courageous and compassionate. 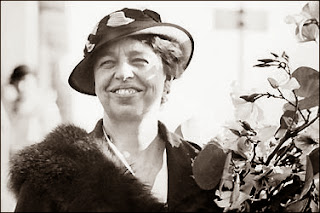 Inspired by Ellie’s nudge, I decided to take a stab at something I’ve been scared of for a long time. I shut my eyes, gulped down my fear and volunteered to teach a class on writing. It’s not a huge obligation, just a three-hour workshop. Only three hours. A mere… THREE LONG, EXCURITATING, TERRIFYING HOURS!

It’s not that I’m afraid of public speaking. I’ve read fear of public speaking ranks second only to fear of snakes. But I’m one of the lucky few who only get mildly nervous. My extreme discomfort stems from the deep-seated insecurity that I know nothing about writing. Despite having been at it long enough that my first completed novel would be eligible to vote and drink in any state, and having a published thriller and am midway through a three-book contract for a mystery series and have been included in several anthologies, I feel like a poseur.

My generous and supportive Sisters of the Quill have been encouraging me to teach a workshop or two for quite a while. Karen Lin is a consummate teacher. She’s a sought-after presenter at writing conferences and has even scored a couple of gigs on cruise ships. Her knowledge is vast and her advice is spot-on. She’s got something to tell writers.

Both Julie Kaewart and Janet Fogg are multi-published and have years of experience. I know, from their adept critique of my work, they know their stuff and can lead any aspiring writer along the right path. I’d listen to any knowledge and advice they put out.

I sort of feel like I ought to be a super-star to put myself up as worthy of teaching. But I’m just a regular Joe (Josephine?) trying to improve with each book. I have shelves of books on writing, stacks of CDs from conferences, notebooks full from workshops I’ve attended. Every time I read a novel part of my brain is picking it apart, trying to identify why it works or why it falls flat. In other words, I’m the student, not the all-knowing teacher.

Yet, when I think about my writing journey, I’m grateful for all the writers who presented at the conferences I attended. They may not have been NY Times bestsellers (though some of them were) and they may not have known all there was to know. Some of them haven’t published a novel. But they knew stuff. Good stuff. I picked up bits and pieces and whole new ways of thinking from these writers willing to pass along what they know.

So allowing myself the benefit of not being an all-encompassing expert and realizing I’m traveling on the journey like everyone else, I’m going to do this really scary thing and teach a workshop. It doesn’t mean I’ve arrived at the Big Time. But I didn’t know anything about writing when I started and now I know a couple of things. So I’ll teach those and maybe they will help another writer improve a little.

Eleanor Roosevelt also said this: People grow through experience if they meet life honestly and courageously. This is how character is built. 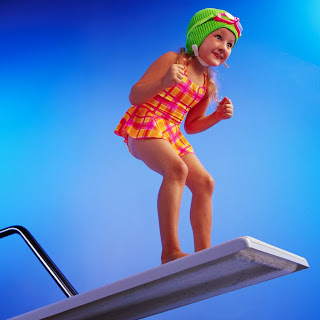 I’m going to go out there and grow some character. Just maybe, along the way I might be able to help someone else, too.

Posted by Shannon Baker at 1:00 AM