Song Lyrics That Apply To My Writing

As I roamed around YouTube recently looking for songs to practice up for karaoke on my next cruise, I discovered some lyrics that reflect my life as a writer.  “Don’t stop thinking about tomorrow,” as Fleetwood Mac advises, reminds me that writing is about moving forward, being available in all the right places, and doggedly persisting in the hard work required to have a successful career.  A support group of empathetic writer friends, especially my Sisters of the Quill, have been the “Wind Beneath my Wings” as Bette Midler called it.

There are times when even my diligence and best laid plans are thwarted by a lack of time.  Jim Croce’s “If I Could Save Time in a Bottle” reminds me that finding time is unlikely but sacrificing sleep is possible.  I’ve been nurtured by seasoned writers, mentored.  And I believe in giving back.  As often as time permits, I help out, advising those who need it, and say to them “You've Got a Friend in Me” as did Randy Newman.  Donna Summers’ song, “She works hard for the money,” is self explanatory.  The Beatles remind me to “Let it be, let it be,” when it comes to receiving critique.  Instead of defending my words to agents or beta readers, I take notes and decide after digesting them what I want to do with those suggestions.  Though I can feel raw at times when hearing what I’m not prepared to hear, questioning input while receiving it is likely to shut doors in the faces of those who might otherwise help me in the future.  I listen and learn. 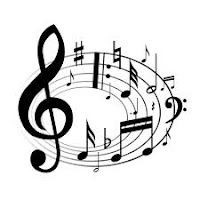 There’s one song that particularly applies to my journey; Smokey Robinson’s “I’ll Try Something New.” When one genre didn’t pan out, I tried another and another and another.  This train of “tries” freed me up for different successes.  I started with a mainstream novel.  My agent at the time took that novel to auction.  It failed to sell (which is another story).  I’ve written in numerous genres since, some now in a drawer.  Others met with more success: short stories, poetry, nonfiction articles, screenplays, and a cookbook.  It turned out I had nothing to lose in branching out and trying other genres.  It gave me experience in a wide variety of work leading to a part time editing job, publication in glossies, a produced screenplay, teaching opportunities at conferences, retreats, and on cruises, and ghostwriting gigs (including a life-lesson celebrity experience).  Exposure over time led to offers of representation by five literary agents, a Hollywood agent, and most recently an invitation to write a column for Barnes & Noble partner BTSemagazine—apropos, the column capitalizes on my many writing detours.  Additional forays have led to guest blogging invitations and other social networking opportunities that will help when a novel comes out, a screenplay hits the theaters, or a cook in England tries one of my recipes.

That brings me to Led Zeppelin’s “Stairway to Heaven” reminding me that I am and will continue to be rewarded for all my efforts.  And you will, too.
What songs speak to your writing life?   -  Inkpot
Posted by Sisters of the Quill at 12:19 AM