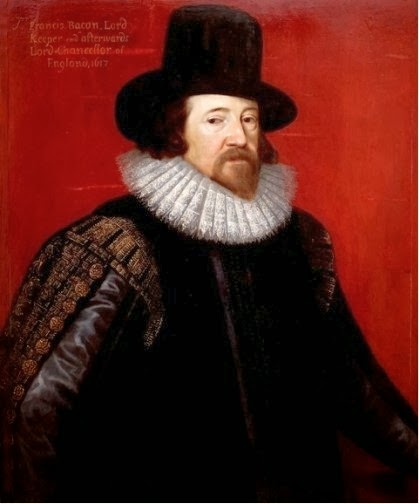 In 1625 Francis Bacon said, "A wise man will make more opportunities than he finds."


Sometime in the 1990s an agent said to me, "every writer has to go through an apprenticeship, and writing a million words isn’t unusual before achieving your first sale."


Let me reinforce her theory by mentioning that many of my friends didn’t sell their first manuscript. Or their second. Often not even their fifth. I sold my third but it took years and many revisions.  It also took angst, anger, dashed hopes and dreams, and tenacity out the wazoo.


Writing gentles my soul.  I thrive when I'm world-building and conversing with my characters, as opposed to the negative emotions created by fussing and fuming about whether I'm THIS close to landing the next contract.  So I've changed my approach toward the publication side of this crazy business.  I'm far more picky about who I query, and when, because I'm excited to self-publish certain works.  Is my changing approach caused by confidence?  Somewhat.  But it was also created by understanding how the publishing industry works and how fast it is changing.


Opportunities abound in our brave new publishing world.  Let's take advantage of ALL of them!

Book two of the Nora Abbott Mystery Series will make its debut in a couple of weeks with the official release date of March 8. 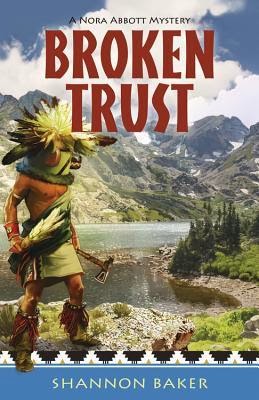 It’s true, Tainted Mountain has a new brother/sister. I still have a hard time believing a book I wrote is being published by a real, live, legit publisher. On some level, I must have thought it was at least possible, or I would have quit writing eons ago. Still, it seems like a fantasy to have two books out there. It’s a real kick to know book three is turned in and making its slow journey to the shelves.

I didn’t start out to write a series. I intended Tainted Mountain as a stand-alone thriller. When I moved to Flagstaff and found out about the controversy to pump manmade snow on the San Francisco Peaks--land sacred to 12 tribes--I had to write a story about it. I needed a protagonist in the center of the storm who had everything at stake. That turned out to be Nora Abbott, owner of the ski resort.

Driven, insecure, timid and ferocious in equal measure, Nora sprang onto the pages. When I negotiated my contract with Midnight Ink, my editor asked if Tainted Mountain was a stand-alone or a series. Without thinking, I said, “Series.”

And just like that, Nora was given new life. I worried and stressed because I’d never thought about writing a series, didn’t even read that many. How would I would I ever plunge so deeply into another Nora book?

In Broken Trust, Nora returns to her favorite place, Boulder, and lands a job at an environmental trust. (Coincidently, I also moved back to Boulder while I was working on this book.) But all is not as it seems. The trust is a hotbed of conflict and corruption. Nearly a half million dollars is missing and Nora’s predecessor is murdered.

Nora’s mother pops onto the scene with her own drama. She is determined to hook Nora up with handsome Cole Huntsman. Cole has been waiting for a year to let Nora get over the death of her husband and the traumatic events in Flagstaff, but he’s ready to start a relationship with her. In the meantime, with the help of quirky staffers at the Trust and an Ecuadorian hunk, Nora uncovers a plot that could destroy one of the most pristine locations on the planet.

And how, you might or might not be asking, is such monumental destruction possible? That was the really fun part for me. I got to research conspiracy theories surrounding HAARP (High-frequency Active Auroral Research) and using weather as a weapon of mass destruction. This stuff is scary/interesting. I spent hours watching Jessie Ventura and others present the case that the shadowy Powers That Be are planning to control our minds/kill us all/wreak havoc on the environment. I dabbled in learning a little (very little) about Tesla towers and the potential for sustainable energy.

When I sold Tainted Mountain I was happy and proud of my new baby. We all know the analogies of writing and publishing books to having babies. I don’t know if anyone else felt this way, but when I was expecting my second baby, I worried I’d never be able to love it as much as I loved my first one. And even though I’d planned and wanted the baby with all my heart, part of me was jealous it would come between me and my firstborn. Weird, I know. But I kind of had the same misgivings about creating a series and wondering if I’d love the second book as much as the first.

The book is here and, just as it was with my kids, I do love book two as much! I learned a lot between book one and two and even more between two and three. It turns out I like writing a series and I’m glad Nora got to live on.

Broken Trust is available in all ebook formats and in trade paperback. If you’re inclined to buy it in paper and love supporting indie booksellers, please consider Who Else Books at www.BroadwayBookMall.com.

Posted by Shannon Baker at 2:30 AM No comments:

Lessons from "The Dovekeepers"

I’ve confided in you before about my jello elephant novel. Each day I devote several hours to bringing it to its final form. It’s been completed eight or nine times, so it’s not that it’s not done. It’s just not right yet. This week I read The Dovekeepers, by Alice Hoffman, and learned a few things that might help. I hope they might help you, too.

It’s a novel about the two women and five children who survived , and it’s just amazing. She is truly gifted. One of her characters resembles one of mine, which caused me to compare my book to hers closely, even paragraph by paragraph.

As I did, I realized that there was a recurring difference. Every paragraph or two, she would relate whatever action took place to a deeper meaning. To do this, she would use a symbol and build on it—as Jodi Picoult does in all her novels. As a result, many commonplace events are elevated to a higher level. Birds flying in the sky are a sign from God; dust is her body, reduced to ash. The discussion was taken up a notch throughout. We weren’t worrying about how she was getting from A to B in the desert; we were worrying about how her soul would get to the World-To-Come, as her character called it.

For some, this could become tiring. My husband would have put it down after one paragraph, but I’m sure book groups everywhere have decided it’s one of the best books ever. There are plenty of symbols to discuss, hidden meanings to flesh out, the stuff of book groups. And for us as writers, it demonstrates a useful technique.

I find myself now going through the book and seeing where I could use Alice Hoffman’s technique to make reading my plot-driven book a more beautiful experience.  As I do so I’m reminded of an exercise we were given at a writing retreat where we were asked to visualize a symbol and tell a story relating to it. The results were amazing; it really worked.

Examples from my current book: a plum blossom floating downstream on the River Thames becomes a symbol for a family’s return to their property in that direction. Hidden vaults filled with books in a church undercroft become symbols for the secrets of that place. A bird with notable characteristics becomes a symbol for a person, an oldie but goodie. Animals and birds work well because they’re exotic, and evoke speed, strength, sound, smells, and sometimes danger.